A robotics team from Brisbane, Australia.

LJ STAND is a team of enthusiastic students from Brisbane, Australia. We work hard to do the best we can and strive for excellence in the RoboCup competition.

LJ STAND is from Brisbane, Australia. 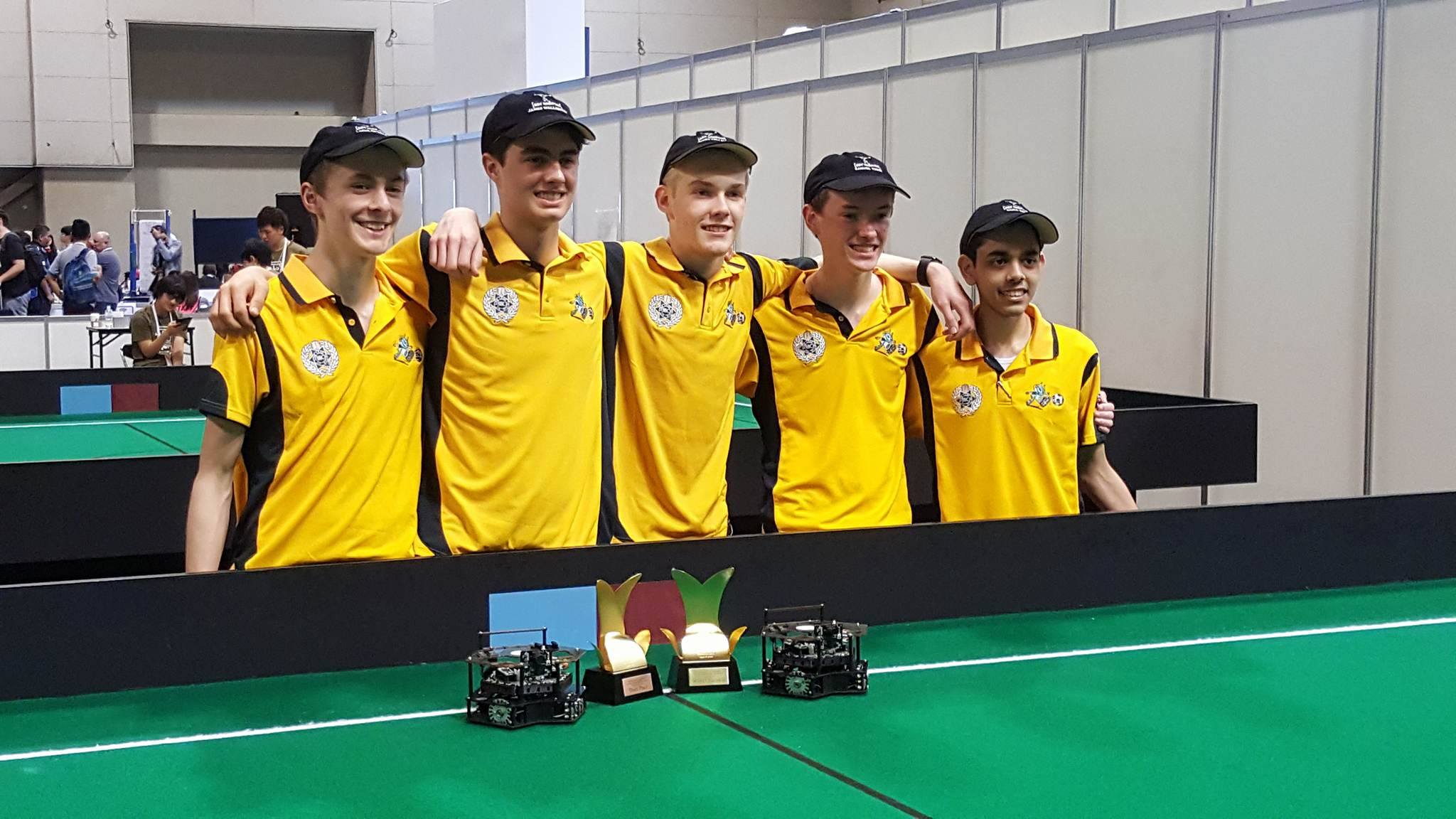 LJ STAND has been working as a team since 2016. In 2016, we built two custom soccer robots which we entered into the RoboCup Junior Australia competition. The 2016 robots had 12 IR sensors, 8 light sensors, an IMU, a camera, 3 motors, and were powered by an Arduino Mega.


In 2017 we built two more robots which were a significant upgrade over the 2016 robots. With more powerful motors, more sensors, and faster processors, we designed our robots to compete in both the Australian Competition and the highest level of RoboCup Junior, the international competition.


In 2018 we built our final two robots which are again a significant upgrade over the 2017 robots. With even more powerful motors, even more sensors, another micro-processor, and a touchscreen, these robots were designed specifically to compete at RoboCup Junior Internationals in Montreal.


In the spirit of RoboCup Junior, we have released all our 2016, 2017 and 2018 designs and code for anyone interested in looking at them, and are avaliable on Bitbucket.